9 Influencer Marketing Examples That Will Inspire You 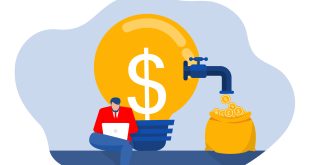 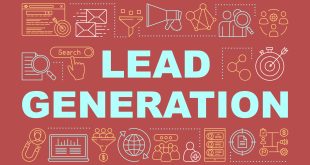 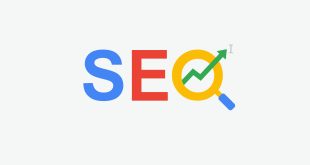 Influencers are largely trusted by their followers on social media, and marketing professionals are taking note.

According to data from Social Sprout, 74 percent of shoppers use social media to make a purchasing decision.

With these influencers having millions of loyal followers, it’s easy to see why marketing professionals are allocating significant resources for this type of marketing.

Keep reading this guide to learn more about being a digital influencer and discover some of the best influencer marketing examples to date.

Microsoft was determined to influence the next generation of women in technology by promoting their “make what’s next” campaign.

The campaign was started to encourage young women to follow their dreams and pursue careers in science, technology, engineering, and math. It was released on International Women’s day and celebrated women in certain professions.

Microsoft joined forces with National Geographic to feature images of highly influential female wildlife photographers and scientists. The campaign was a huge success bringing in more than 3.5 million likes in just one day.

The campaign successfully utilized influencer marketing. And it also managed to put the spotlight on an issue of fewer women in the tech field than men. According to Microsoft, only 7 percent of patents are held by women.

Fiji Water is known for its superior water, but to get that title, it takes hard work.

The team linked up to create Body Wore What, which is an offshoot of her brand that features workout videos. Danielle would then create posts about Fiji water and reminded her followers about the importance of staying hydrated.

Both Fiji water and Danielle’s brand benefitted from this partnership because they have similar interests. The promotion didn’t seem forced and was well received by their followers.

Lagavulin is a single malt scotch whiskey that is owned by parent company Diageo.

The company created a “yule log” video featuring Nick Offerman, who plays the unique character of Ron Swanson on the TV show Parks and Rec. The video consists of Nick Offerman sitting next to a crackling fireplace and occasionally sipping his Lagavulin whiskey for 45 minutes without saying anything.

The video was an instant hit, and fans of the show Parks and Rec immediately loved the ad.

Walmart was in need of an appearance makeover when the digital era hit. Many people associated Walmart with just low prices and not much else until they started their fight hunger campaign.

The campaign was launched to increase brand perception and give back to the community. The company pledged it would donate ten meals for every user that showed support and tagged the campaign.

The campaign turned out to be a huge success. Donating over 1 billion meals to people in need and engaging thousands, if not millions, of users in the process.

American Express took a different path to its #AmexPlatinum campaign and is considered one of the best paid media examples to date.

Knowing that marketing its credit cards on social media could spell trouble for the company. Amex decided to take a different approach to influencer marketing.

The credit card company spoke with influencers who were promoting a life of luxury and riches. These influencers would then tag #AmexPlatinum to their posts, giving their followers the idea that they were living this lifestyle by using the Amex credit card.

Stride gum managed to harness the influencing power of DJ Khaled on Snapchat, who reportedly averages around 3 million views per post.

Stride gum allowed DJ Khalid to “takeover” their Snapchat and promote the Mad Intense Gum campaign. The hip hop producer took control of the account for 24 hours and gave its followers a day to remember.

The collaboration was an instant hit with fans, gathering views from all over the world.

DJ Khaled’s promotions are so successful on the photo-sharing app that Coca Cola’s Senior vice president of content said, “he’s the king of Snapchat.”

The campaign was simple yet effective. The goal was to increase awareness around the brand and promote their product.

Naked Juice accomplished this by strategically teaming up with influencers in the health, beauty, and fashion niches. Bloggers like Kate La Vie would post pictures of her daily essentials or other ideas and would feature a Naked juice in the post.

The Swedish watchmaker, Daniel Wellington, created quite the buzz on social media. Becoming what many consider the perfect influencer marketing example.

Daniel Wellington accomplished this through ingenious partnerships and promotions. The Swedish watchmaker recruited thousands of influencers on social media to promote their products. Giving them a unique coupon code to provide followers.

They also developed the hashtag #DanielWellington for influencers to tag and promote the products. The best post would then be featured on Daniel Wellingtons’ official Instagram account with the hashtag #DWpickoftheday.

The campaign was a huge success, generating over 800K Instagram posts and increasing revenue by 1.2 million.

Audible is an Amazon company that sells audiobooks and audio stories. The company wanted to increase sign-ups for their membership program, so they partnered with and sponsored some of the top youtube stars.

They partnered with many of the Forbes highest-paid YouTubers at the time, including PewDiePie and Rhett & Link and many others.

The YouTubers would then feature Audible in the videos, talking about the product, and explaining why they use it. The campaign was widely considered a success, driving memberships and creating brand awareness for the company.

Influencer Marketing Examples: Will You be Next?

You can see through these nine influencer marketing examples how successful a well planned and throughout campaign can be with the right partnerships. With some help from some of the top digital influencers, you too, can take your business to the next level.

For more informative articles on digital marketing and helpful tips for your business, check out the rest of our blog! 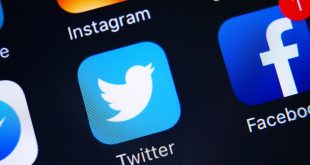 Did you know that, according to Finances Online, the number of monthly active users Twitter had … 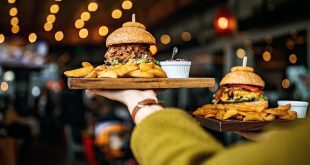 Everything to Include in Facebook Marketing Strategies for Restaurants

2.9 billion people use Facebook, making it an exceptional way to reach potential new customers. If …