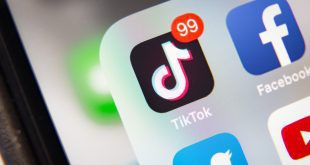 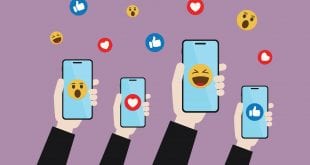 Remember when this symbol, #, was just a pound sign on your phone or a quick way to write the word “number”? Now it is so much more to the point where many people see this symbol and it is so obviously a hashtag that “pound symbol” or “number” doesn’t even cross their mind!

But, it’s time to add one more social network giant to the list of hashtag players, as Facebook recently announced their support of hashtags.

The rumors started swirling around in March that Facebook was going to jump on the hashtag bandwagon and now all of these hashtags will become clickable adding a new layer onto the Facebook ecosystem.

In Facebook’s own words…

…hashtags on Facebook allow you to add context to a post or indicate that it is part of a larger discussion. When you click on a hashtag in Facebook, you’ll see a feed of what other people and Pages are saying about that event or topic.

Here are the top three changes that Facebook hashtags empower users to do:

This is actually a big step forward (or step backwards for those that hate hashtags) for Facebook because it opens up the conversation to people that you are not already connected with. For instance, after the Game of Thrones “The Red Wedding”  my Facebook news feed exploded with my friends reacting to what happened on that episode, but I only saw what my friends were saying. Meanwhile, when I hopped over to Twitter, I essentially saw what the world was saying as I searched for the appropriate hashtag. Going forward, I could get a pulse on the overall global conversation by using the same hashtag search on Facebook and seeing what people are saying even if they are not one of my friends.

Of course, we may also notice an #excessive #amount #of #ridiculous #hashtagging now showing up on Facebook, but that is just the nature of the beast.

The question is, how can brands and marketers use this new Facebook feature?

Facebook boasts the largest socially connected group on the entire planet and being able to “listen in” on that conversation can give marketers key insight. Whether it’s attitudes, opinions, or reactions, monitoring the global conversation can give marketers a true pulse on what the world is thinking and saying. And, that often can lead to actionable tactics for social savvy brands.

This has always been an avenue to explore on Twitter, but the important thing to note is that the Facebook audience makes up a different demographic…. and this means insight into new & different minds. According to recent studies, a little more than 30% of Facebook users are younger than 34, while 45% are older than 45. If we compare that to Twitter, we see a much younger demographic where nearly 50% of users are under 34 and only 30% are older than 45.

My point here is not to abandon Twitter as a source of market research, but to add Facebook into the mix to get a larger perspective from a different demographic. Doing an analysis on both networks can produce a deeper understanding of the conversations that are happening.

Even if you’re a small business without a dedicated social agency to conduct monitoring for you, you can do a quick hashtag search on both Facebook and Twitter for terms related to your products, industry or services to see what people are saying. Just a quick skim of the results page will give you a sense of what, if anything, is being discussed. And, depending on what you find, it may give you a good opportunity to jump into the conversation, which is a lovely segway to my next point…

Reach a Wider Audience By Engaging With Hashtags

Marketers and brands want to spread their message on social networks and get as much engagement and impressions as possible. While the vehicle has changed, the general idea of impressions and reach for marketers is the same terminology & goal that has been used for TV, radio and out-of-home advertising for years and years. The introduction of Facebook hashtags is a way for marketers to really extend that reach a lot further by injecting themselves in a conversation being tracked by hashtags.

For example, all eyes are turned on the upcoming game 7 in the NBA finals between the Heat & Spurs. If you’re an online retailer ready to sell “(Insert Team Name Here) NBA Champions 2013”, previously you could have posted your “now on sale” announcement on Facebook as soon as the game ended and all the people who have liked your page would see it. This gave you good reach, which is why marketers love Facebook. Now, however, that can be put on turbo. Going forward when you post that status update you can hashtag it with #nbafinals #nbachampionship #heat #spurs , etc. Now all of a sudden you not only reach the same audience who has liked your page, but also anyone who searches for these sure-to-be-trending hashtags. This means a lot more impressions and a far greater reach.

It is important that marketers give some though to how they want to use hashtags to become involved in the larger conversation. Remember, just like with SEO where you need to pick your keywords, in the social hashtag world (which now includes Facebook), you need to pick your hashtags wisely. This is not to say you can make a really bad choice, but hashtags work based on what people search for. So, if everyone is searching for #nbachampions, but you’ve opted to hashtag #nbawinners, you’ll get a lot less reach & impressions.

Of course, the days, weeks and months ahead will really show us how marketers and brands are capitalizing on this change. Many are speculating this will be a game-changer for Facebook, but we’ll have to wait and see how that pans out.

Keep in mind, for those sharing their email newsletters using Elite Email’s social sharing features, you can include hashtags to get extra eyes on your most recent email blast.

Robert Burko is CEO and Founder of Elite Digital, a leading digital marketing agency. As one of Canada's chief digital marketing specialists, Burko has appeared on national television, radio, podcasts, and in countless print publications and blogs across North America. Burko is also a professor of Digital Marketing & Social Media at Seneca College in Toronto. Recognized as a thought leader in his industry, Robert is often invited to speak as an expert in his field at high-profile events across North America.
@robertburko
Previous What Internet Browser Do You Use?
Next Yahoo is Closing Inactive Email Accounts Starting July 15