Understanding the Future of Net Neutrality and SMS Marketing 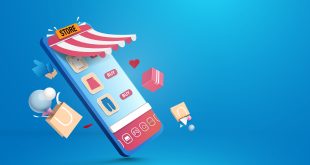 If you’re a fan of keeping up with the latest tech stories – or you just like kicking back in the evening and watching Netflix with the family – chances are you’ve heard a bunch about the issue of net neutrality over the past year. In fact, some would argue that the political and social implications of this debate far exceed the tech world and reflect on the very future of technology and consumer services.

However, despite all of this publicity and fanfare, few people realize that the concerns and arguments surrounding net neutrality could also affect the future of SMS marketing. To help catch your brand up with the SMS implications of this ongoing news story, let’s spend a few minutes digging into the particulars of this development, as well as what your brand needs to do to keep its connection with mobile consumers alive and well moving forward.

What Is Net Neutrality?

Of course, there’s plenty of people who are still in the dark regarding what net neutrality is, so we’ll start by explaining both sides of the debate and discussing the points of contention that divides much of the tech world. As Kazi Stasna of CBC News explains, net neutrality focuses on whether or not Internet service providers (ISPs) have the right to discriminate between various data and usage requests and what rights consumers and brands have in the whole process.

Essentially, the question can be boiled down to if ISPs should throttle or inhibit connections based on what’s happening on the other side of the screen with the end user. While advocates of both sides have made strong cases, Stasna goes on to note that not only is this fight far from a resolution, it’s also has the potential to affect the way businesses operate in Canada as well.

Currently, major providers like Rogers and Bell have eschewed the more heavy handed tactics embodied by their counterparts south of the border, but that doesn’t mean that the status quo is set in stone forever. Adding in that many net-based services also operate out of the United States further complicates the matter and ensure that sooner or later, Canada will play some role in this overarching discussion and its eventual resolution.

The Role of SMS Marketing in the Debate

So where does SMS marketing fit into this greater technological and philosophical debate? According to Nic Denholm of Tech Crunch, service providers like Verizon have begun to claim that text-based marketing falls under the “Internet” designation of mobile operations, therefore making it subject to fees, regulations, and the discretion of the ISP. In fact, some organizations have already learned the hard way – thanks to thousands of texts suddenly bouncing back and failing to reach the targeted contact list member – that the battle of usage and neutrality has firmly grasped the mobile front.

As far as your brand’s current operations go, chances are that your messaging programs don’t place the same strain on ISPs as Netflix and Amazon streaming video, but Jefferson Graham of USA Today explains that if these major Internet outlets succumb to throttling or usage fees, don’t be surprised if the trickle-down effect eventually takes some toll on even the smallest SMS or MMS texting campaigns.

In terms of the future, there’s a variety of outcomes that could drastically affect your brand’s SMS operations. For starters, if the Federal Communications Commission (FCC) in the United States resolves the issue and banishes the idea of restrictive services and fees, then life will go on as usual for your mobile operations.

If things take a turn for the worse though on the mobile marketing front, WIRED magazine’s Robert McMillian forecasts a decidedly different future. Instead of relying on standard SMS communications, McMillian expects services like Google Hangouts and Apple iMessage to rise to prominence and reclaim the fractured bond of texting that once existed between consumers and brands.

Of course, at this point it’s near impossible to predict just how the debate surrounding net neutrality ends. However, that doesn’t mean that you should go forward completely in the dark. Until the time comes that a change needs to be made, the best course of action – and the one that will protect your SMS operations and return on investment (ROI) until this theoretical point arrives – is to stay abreast of the latest developments and stay connected with your SMS messaging provider. This way, you’ll never be caught off guard when the next big story regarding net neutrality, and the future of mobile marketing, sends shockwaves through the industry.